Iowa Team Reimagines What Can Be Done with CO2 Waste


(Boone, IA) An Iowa-led collaboration of rural investors, business leaders and engineering companies called the EE-AGG Team, today announced that it has been named as one of the 27 teams advancing in the $20M NRG COSIA Carbon XPRIZE, a global competition to develop breakthrough technologies that convert the most carbon dioxide emissions from coal and natural gas power plant facilities into products with the highest net value.

The EE-AGG Team has been selected for the second round of competition by proposing to convert CO2 waste emitted from coal and natural gas power plants in combination with renewable power from wind and solar sources and carbonaceous feedstocks, including lignin and renewable natural gas, into industrial alcohol-based intermediate products for use in production of chemicals, construction materials, plastics, and biodiesel.  EE-AGG is one of 13 teams selected for competition in CO2 conversion from coal emissions, and one of 21 teams for CO2 conversion of natural gas emissions.

Teams selected to participate in Round 2 of the competition will demonstrate their innovative technology at pilot scale at a location of their own choosing, using either real flue gas or simulated flue gas stream. Over a ten-month period, teams must meet minimum requirements and will be scored on how much CO2 they convert and the net value of their products. Following Round 2 judging scheduled for November and December 2017, up to five teams in each track that score the highest will share a $2.5 million milestone purse and move onto the finals of the competition, demonstrating their technology at real-world power plants.

For more information about the EE-AGG Team, please visit www.aggbiofuel.com.

About the NRG COSIA Carbon XPRIZE
Few challenges are greater and more critical than ensuring access to clean, affordable and abundant energy. As the global energy supply remains primarily derived from fossil fuels – the leading contributor to climate change – the $20M NRG COSIA Carbon XPRIZE will challenge the world to reimagine what we can do with CO2 emissions by incentivizing and accelerating the development of technologies that convert CO2 from a liability into valuable products. For more information, visit: carbon.xprize.org. 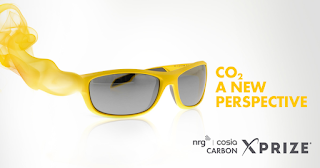 LOS ANGELES (July 27, 2016) — XPRIZE, the world’s leader in designing and managing incentive competitions to solve humanity’s grand challenges, today announced a total of 47 entries from seven countries will contend to win the $20M NRG COSIA Carbon XPRIZE, a global competition to develop breakthrough technologies that convert the most CO2 into one or more products with the highest net value. Competing teams hail from Canada, China, India, Finland, Switzerland, Scotland and the United States. An Advisory Board of nine leading experts in the fields of chemical and biological engineering, energy and sustainability and public policy, also announced today, will advise the Carbon XPRIZE.

The NRG COSIA Carbon XPRIZE, launched in September 2015, addresses global CO2 emissions by incentivizing innovative solutions to convert CO2 from a liability into an asset. The 4-½ year competition will include two tracks, with the new technologies tested at either a coal power plant or a natural gas facility. Among the teams competing are leading carbon capture technology companies, top-tier academic institutions, non-profits, new startups and even a father and son team. A complete listing of teams competing in Round 1 is posted on the XPRIZE site: www.xprize.org .

“These teams, as well as our advisory board, represent an exciting mix of talent with expertise across a broad spectrum of sciences that will be applied to create technologies that mitigate CO2 emissions globally,” said Paul Bunje, Ph.D., principal and senior scientist, Energy and Environment group at XPRIZE. “Such widespread interest and support demonstrates an unwavering global commitment to take a radical leap forward to address climate change.”

The $20M NRG COSIA Carbon XPRIZE features three rounds of competition.  In Round 1, each team submitted project documents surrounding technical and business viability assessments of its approach, and independent panel judging underway. Up to 15 semi-finalist teams in each track are scheduled to be announced on Oct. 15, 2016.  Round 2 enables teams to demonstrate their technologies in a controlled environment using a simulated power plant flue gas stream, with up to five teams in each track moving forward and sharing a $2.5 million milestone purse.  Round 3 entails larger scale technology demonstration under real world conditions, with access to two test centers adjacent to existing power plants. In each track, the winner will be awarded a $7.5 million grand prize.